Technology (NUST) in 2004. From 2005 to 2007, he was a postdoctoral researcher at the Nanjing University of Science and Technology (NUST). From 2009 to 2010, he was a visiting professor at the Robotics Institute in the Carnegie Mellon University. From 2010, he has been a professor in the College of Information Engineering at the Yangzhou University. His current interests include pattern recognition, biometrics, computer vision and machine learning. He has published more than 30 scientific papers in pattern recognition, computer vision and the related areas. 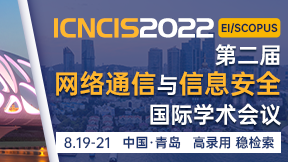