Dr. D.K. Pratihar received his BE (Hons.) and M. Tech. in Mechanical Engineering from REC (NIT) Durgapur, India, in 1988 and 1994, respectively. He obtained his Ph.D. from IIT Kanpur, India in 2000. He received University Gold Medal, A.M. Das Memorial Medal, Institution of Engineers’ (I) Medal, and others. He completed his post-doctoral studies in Japan and then in Germany under the Alexander von Humboldt Fellowship Programme. He is working as a Professor of IIT Kharagpur, India. His research areas include robotics, soft computing and manufacturing science. He has published more than 190 papers, mostly in various international journals. He has written a textbook on “Soft Computing”, co-authored another textbook on “Analytical Engineering Mechanics”, edited a book on “Intelligent and Autonomous Systems”, co-authored reference books on “Modeling and Analysis of Six-legged Robots” and “Modeling and Simulations of Robotic Systems Using Soft Computing”. Recently, he has published another textbook named “Fundamentals of Robotics”. He has guided 17 Ph.D.s. He is in editorial board of a few International Journals. He has been elected as FIE, MASME and MIEEE. 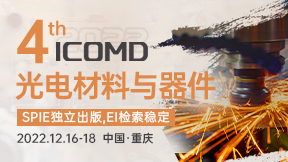