He is now an associated professor and the vice Director of Communications and Networks Research Center at the Central South University (CSU), Changsha, China. He is a visiting scholar at the University of Trento, Italy from 2016.3-2017.3. His research work has been principally focused on wireless communications, antenna arrays, microwave remote sensing, and optimization techniques. He holds more than ten patents and has published three books and over 80 peer reviewed papers on international journals and conferences.

Prof. Dong is a member of the IEEE society and of the Chinese Institute of Electronics (CIE). He has served as an associate editor of the Journal of Antennas and a reviewer of many international journals including IEEE Transactions on Antennas and Propagation, IEEE Antennas and Wireless Propagation Letters, and IEEE Wireless Communication Letters. He has organized several scientific sessions in international conferences and has participated to over 10 research projects as PI/co-PI at the national and provincial level with national agencies. 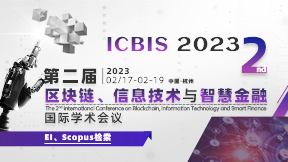