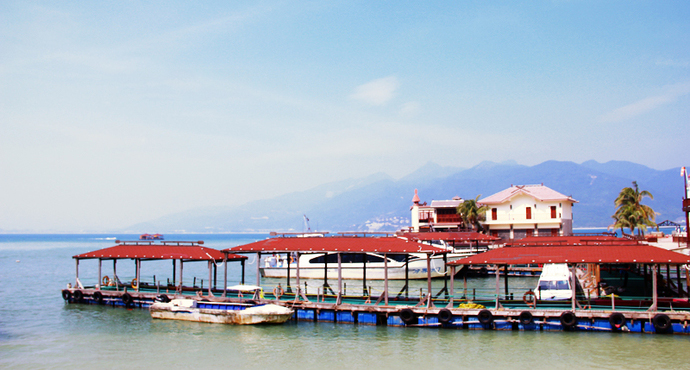 Sanya (Chinese: 三亚) is the southernmost city on Hainan Island, and one of the four prefecture-level cities of Hainan Province, in Southeast China.

According to the 2010 Census, the population of Sanya is of 685,408 inhabitants,living in an area of 1,919.58 square kilometres (741.15 sq mi). The city is renowned for its tropical climate and has emerged as a popular tourist destination, also serving as the training site of the Chinese national beach volleyball team. The city has become known as "China's Florida", drawing a large number of retirees from Northeast China during winter. Sanya is home to small concentrations of Utsul people.

Known in ancient times as Yazhou, postal romanization: Aichow (崖州), literally "cliff state or prefecture", Sanya's history dates to the Qin Dynasty(221–206 BCE). Due to its remoteness from the political centers during the Imperial China eras on Mainland China, Sanya was sometimes called Tianya Haijiao (天涯海角), meaning "the end of the sky and ocean" or "the end of the earth".

In 2007 the Beijing Olympic Organizing Committee announced that the city of Sanya would become the first leg of the Beijing 2008 Summer Olympicstorch relay in China.

In the 21st century Sanya's strategic importance has grown for the Chinese military and is home to several navy bases that help develop and protect the internationally disputed shoals and islands in the South China Sea.