Welcome A. Prof. Yang Zhao from Shangdong Academy of Sciences to be committee member! 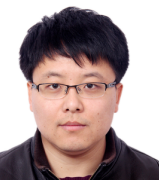 Yang Zhao obtained his M.S. (2007) and Ph.D. (2010) both in Material Science from University of Dalian University of Technology. He joined Laser Institute of Shandong Academy of Sciences (LISDAS) as a research assistant in 2010. He became an associate Professor in 2012 and director of NDT Lab (2017). After one-year period (2014-2015) of visiting scholar at Northwestern University (USA), he began to the research on structure health monitoring (SHM) based on fiber optic sensing in LISDAS. Dr. Zhao is currently the director of Nondestructive testing and evaluation Lab in LISDAS, and he obtained the honor of outstanding young scientist in Shandong Academy of Sciences.

Dr. Zhao has carried out the research and development in ultrasonic testing, LUT, electromagnetic acoustic testing and microwave testing since 2005. Recently, he began to study the technique of structure health monitoring (SHM) based on fiber optic sensing. He has obtained several fundings, such as NSFC (Natural Science Foundation of China), International Cooperation Project supported by Ministry of Science and Technology and Outstanding Young Scientist Plan of Shandong Province, etc. Dr. Zhao has over 50 technical publications, in which more than 30 publications are indexed by SCI/EI. The publication citations by others are over 40 times. He also got 3 patents in China, and led his team to develop the first set of laser electromagnetic ultrasonic testing system in China.